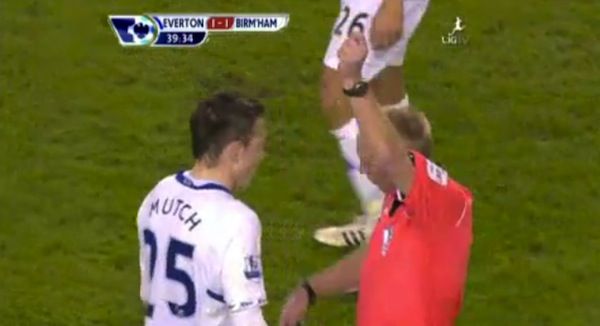 How amazing! How many wonderful creatures there are here! Mankind is so beautiful! Oh, what a wonderful new world, that has such people in it!

And then we watched a game on telly where Alba tried and tried and ended losing. This time it was 1-0 in Cordoba, recovering that title of ‘The Exorcist.’ Well, beyond the annoyance of an unexpected defeat, it is nice to see the reactions of fans after the match. This is what happened. It is strictly difficult to watch Albacete Balompie in England, but there’s always the source of social networking sites. Some, very few, fans complained about the lack of quality in the game. The reaction was immediate, and true fans replied arguing that Alba play very well under Enrique Martin’s commands, and the lads don’t deserve such criticism. And then, there was all this fuzz about the ref. Mates, in England, inventors of this mad game, there’s been a lot of noise about referees, and it’s our duty to send some comfort to those Manchego plains.

It was 2011, Rik will remember, when at good old Goodison Park Everton where trying to beat Birmingham City. Jordon Mutch approached Everton’s Louis Saha with stern severity. The referee was Peter Walton, who ran onto the pitch too light for the occasion. He went upon Mutch to book him for his action, put his hand into his pocket, and… horreur! He forgot them bloody things in the locker room! What to do now? How can one book a footballer without the precious coloured carboard?

Many will remember the TV footage, which is somehow preserved on Youtube here. This is one of the most ridiculous episodes that we can remember in English footie, most of us being born in the eighties.

Yet, we keep getting nice comments about the Premier League, the introduction of Video Refereeing and figures like Webb or Clattenburg. The latter one works as a sort of c… character for American TV channels. Web should be remember, for example, for not sending De Jong off after nearly murdering Xabi Alonso.

Bad refereeing is something that happens with football. If you had the joy of watching a Championship game you’ll see men not being booked because it’s the first half, injury time not being added in spite of time being wasted, keepers taking ages to get done with a goal kick, attacking fouls being given after a corner kick because the ref can’t see what’s going on, etc. Do they ring any bells?

Now, what happened in Cordoba was outrageous. What is really annoying about it is not being able to say how bad it was. We complain about how corrupt certain politicians are, how bad TV is, how expensive toll roads are, but we can’t say that a referee was rubbish at it. We’re only humans and can make mistakes, but it’s still difficult to understand how managers and footballers can’t say hat the referee truly affected the final score.

Keep on trying, Alba. It’s only a stumble.